Purchasing the Cauldron Mould from the Community Center

Brewing potions which give various effects

Brewing is a skill that is used to make various Potions. It is unlocked by buying the Cauldron Mould from the Community Center and using it to craft the Cauldron. Potions require various different ingredients to make, most of which can be acquired through Farming. All potions also require a Vial to make, which can be obtained from Sand through the Crafting skill. However, potions that require 30+ Brewing will need a Large Vial, which can only be crafted with the Tier 4 Crafting Research.

Drinking different potions will grant various effects, most of which will last for only a certain amount of time. Upgrading the Brewing Kit with a Sapphire, Emerald, Ruby, and Diamond increases the time duration on all potions up to double the time (i.e. a 2 hour potion will last for 4 hours with the Diamond Brewing Kit). However, some potions can only be drunk once every cooldown, such as the Cooking Boost Potion, and some potions unlock a permanent effect, such as the Repel Potions. Multiple potion effects can be active at the same time, but drinking multiple of the same potion will not extend the potion effect time for that potion. However, the Tier 2 Brewing Research does allow you to stack the timer of up to two doses of the same potion. Additionally, some potions can only be brewed after unlocking them with the Tier 4 Research (for Mana Potions) and the Tier 5 Research (for Repel Potions).

The Brewing Kit is a tool that is used to make potions. It can be crafted after purchasing the Cauldron Mould from the Community Center. It is currently the only tool associated with brewing. It can be upgraded with Gems to increase the duration of potion effects. As such, it is one of the best tools to upgrade.

Potions are consumable items that can be made with the Brewing skill that give various effects upon being drunk. Potions are created with a vial and various ingredients, including at least one type of Leaf, oftentimes a type of Mushroom, and other various ingredients depending on the potion. Potions with better effects may often be brewed at higher levels, such as the Stardust Potion at Level 1 compared with the Large Stardust Potion at Level 35. Most potions will give an effect for a certain amount of time, and this timer can be extended by upgrading the Brewing Kit with gems, with up to a doubling of the base effect time with the Diamond Brewing Kit.

Various upgrades and perks can be unlocked for the Brewing skill through Research. 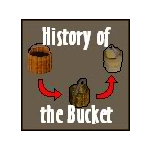